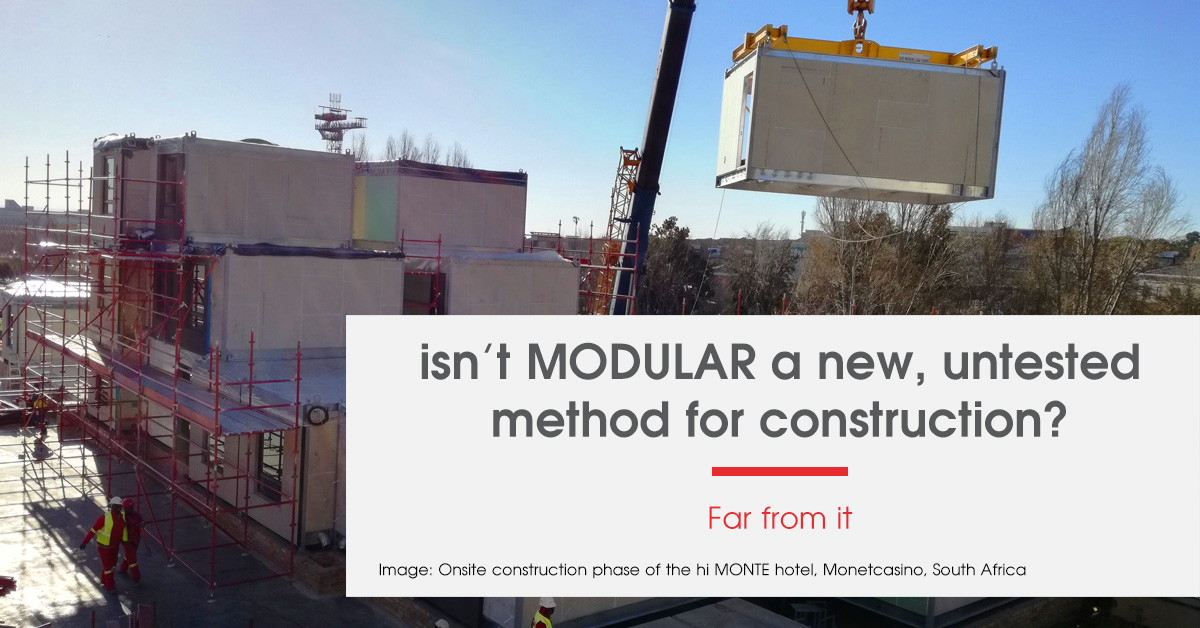 A report from 1670 indicates a prefabricated building was shipped by boat from England to the United States. In the 1800s, demand for modular housing increased as the cial projects with the founding of industry giants Williams (now WillScot) in Baltimore, Maryland and ATCO in Alberta (now a multibillion-dollar global corporation).

In 1969, Zachry Construction utilised modular construction techniques to complete a 21-story modular hotel on the Riverwalk in San Antonio. The hotel, still in operation, was the tallest modular building in North America until the recent completion of the 32-story Pacific Park building in Brooklyn, New York. Disney Corporation followed with completion of its Contemporary and Polynesian Resorts in 1972, constructed by U.S. Steel.

There is a long history of innovative companies successfully utilising modular construction techniques.